AER has served as an authorized service center for Chrysler Automotive Electronics since the 1970s. When changes in ownership and service agreement modifications led to a need for re-engineering its service center arrangements, Chrysler Group decided to limit its network of service centers to 3, from the 7 it had worked with previously. After several more shifts in ownership, that number became 2.

Read the full case study to find out why AER was chosen as a "center of excellence" for automotive electronics remanufacturing to handle Chrysler's ongoing needs.

Looking for something specific? 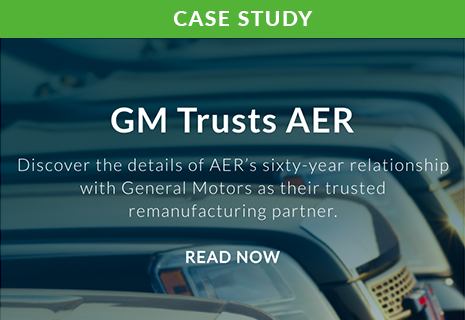 Speak to an AER representative about your needs today.

ABOUT
CONNECT
Speak to a Rep